All for Joomla All for Webmasters

Welcome to The Centre for Public Interest Law (CEPIL)

SIGN IN
HOT NEWS
Center for Public Interest Law (CEPIL) has Joined calls Urging Government not use the Heritage Fund: Some Civil Society Organizations (CSOs); Friends of the Nation, Center for Public Interest Law, and Natural Resource Governance Institute have joined calls urging government not use the Heritage Fund as a source of finance in combating the novel coronavirus in
Will extractive companies move away from corruption-prone intermediaries?: Multinational companies regularly hire agents and fixers to help them win lucrative business in complex or unfamiliar environments. These intermediaries, who include both established firms and well-connected individuals, provide introductions to decision-makers, intelligence on how to secure a contract, and
Poor implementation of laws characterise African natural resource sector: Countries across resource-rich sub-Saharan Africa are failing to reap the benefits from their wealth of endowments of oil and minerals due to an “implementation gap” between the laws that govern extractive industries and the practices in reality. An analysis by the
Barriers against gender equality must give way - Natalia Kanem: Advocates of gender equality have been urged not to relent in changing the stubborn social norms that create barriers to empowering women and girls to exercise their reproductive rights. The Executive Director of the United Nations Population Fund, (UNFPA), Dr. Natalia
Bauxite mining: Nyinahin elders demand agreement to safeguard residents: Residents of communities in and around Nyinahin in the Ashanti Region have expressed dissatisfaction with the government’s handling of plans to mine bauxite in the area. The elders and the youth say the government has not engaged leaders of the communities
Fishes Return to Ankobra River as Illegal Miners Exit: The Ankobra river looks life-giving again. The silver flickers on its surface as the sun flashes over the water is back. Severely raped of its beauty by illegal mining in their careless search for gold at all cost, the river
Fishermen’s Incursions Threaten Oil, Gas Installations: The Petroleum Commission (PC) has recorded 17,822 incursions within the safety zones of three oil and gas installations in three years, a situation it says threatens upstream oil and gas assets and the lives of the fishers. The installations are the
Ghana needs leaders with integrity – CJ: The Chief Justice, Sophia Akuffo, has said Ghana requires leaders with integrity and not those who jump the practical hurdles of life. She made the comment while addressing students during a special mentoring program in the Eastern region as part of
Experts Propose Mineral Revenue Management Law to Track Mining Resources: Two experts at charitable organisation Oxfam Ghana are proposing the enactment of Mineral Revenue Management Act to guide government on the utilization of mining revenue and to check graft in the management of mining revenue in the country. Senior Communications Advisor
‘Poor Ghanaians’ not getting help from struggling Legal Aid Scheme: The fate of thousands of Ghanaians living below the minimum wage who need legal representation continues to hang in the balance because of the dire state of the Legal Aid Scheme, meant to provide legal assistance to such persons. Established in 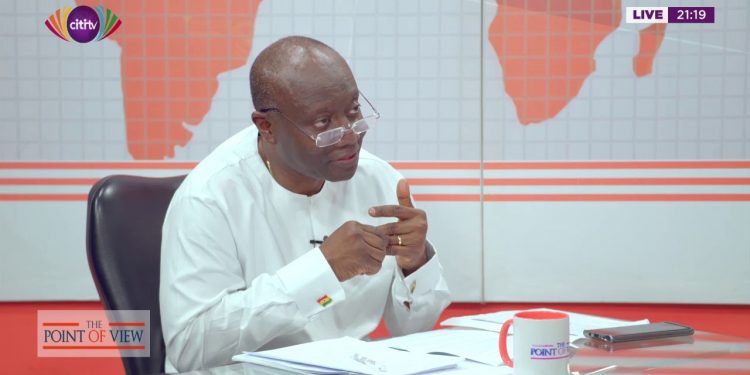